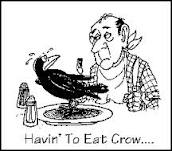 Introduction (8/6/16 update)
Hermeneutic (how we study the Bible, by what method we interpret it), the study of the methodological principles of Biblical interpretation, is vast in its scope and beyond the intent of this paper.

However, due to the nature of this subject matter, it is important to present a caveat by way of an insight into the author’s particular frame of reference in order to maintain integrity. 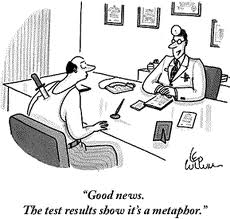 Disclaimer
The author believes in the inerrancy of the Bible, and also as important, the sufficiency of it.

He believes, as has been said before, that the Holy Spirit has so intricately engineered God’s Word that a person could search it their whole life as a scholar and not plumb its depths, yet a child can understand it and be fed. The author believes in “the”(1) literal interpretation of the Bible.

That to avoid pretext, one must always maintain context. Scripture must be used to interpret Scripture, meaning the Bible is a singular document that is completely congruent and whole.

It speaks about many diverse issues throughout its pages and thus is necessary to cross reference passages to verify a complete and balanced (mature and perfect) perceptive.

The Holy Spirit has engineered the Scripture so that it always verifies itself; there are no inconsistencies in God’s Word.

If there appears to be a contradiction, it is a signpost that the Holy Spirit employs to bring the reader’s attention to a passage that has deep importance when explored thoroughly.

Having said all this, the author also believes that God has designed into the language of the Bible aids that give clarity and perception, without violating the literalness of the text.

In addition, it is believed that God uses men’s lives as object lessons that “whatever things were written before were written for our learning, that we through the patience and comfort of the Scriptures might have hope“(2). 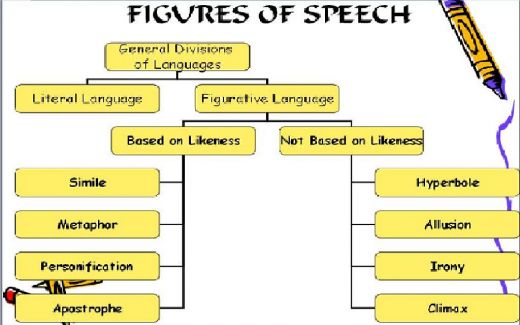 Figures of Speech
God’s Word is made up of “words which the Holy Ghost teacheth“(3). A “Figure of Speech” relates to the form in which the words are used.

It consists in the fact that a word or words are used out of their ordinary sense, or place, or manner, for the purpose of attracting our attention to what is thus said.

A Figure of Speech is a designed and legitimate departure from the laws of language, in order to emphasize what is said. Hence in such Figures, we have the Holy Spirit’s own marking, so to speak, of His own words.

This peculiar form or unusual manner may not be true, or so true, to the literal meaning of the words (such as: Jesus is not a literal “Lamb,” He is Man and He is God, and the term “Lamb of God” is meant to give meaning and identity that Jesus is God’s design for the substitutionary atonement of man’s sin, thus: Jesus is God’s appointed Lamb ~ John 1:29), though never contrary to them; but it is more true to their real sense, and truer to truth in meaning.(4)

Figures are used for the sake of emphasis and clarity. They can never, therefore, be ignored. Ignorance of Figures of speech has led to the grossest errors, which have been caused either from taking literally what is meant to be figurative,(5) or from making figurative what was literal(6).

As an example of the needed understanding of figures of speech, all one must do is turn to the book of Genesis, chapter three, verses fourteen and fifteen.

By interpreting these figures literally as meaning “belly,” “dust,” “heel,” “head,” we lose the volumes of precious and mysterious truth which they convey and intensify.

It is the truth that is literal, while the words employed are figurative. Without the understanding of the true meanings of these words, one would miss the prophetic references to Jesus Christ.

The Greeks and Romans named hundreds of such figures. There are more than 217 separate types of figures listed in English by Dr. Bullinger in 1898, 28 are listed below with brief explanations(41).

Similes (or, Resemblance, A declaration that one thing resembles another)

Syncrisis (or, Repeated Simile, A repetition of a number of resemblances [Parathesis, Comparatio])

Metaphors (or, Representation, A declaration that one thing is [or represents] another, Comparison by representation)

Hypocatastasis (or, Implication, A declaration that implies the resemblance or representation. Comparison by implication)

Allegory (or, Continued Metaphor and Hypocatastasis, Continued representation and implication)

Apologue (or, Fable, A fictitious narrative used for illustration [Fabula])

Parœmia (or, Proverb, A wayside saying in common use [Proverbium] There are 5 types)

Type (A figure or ensample [this is the 1880’s spelling of “example”] of something future, called the antitype)

Symbol (A material subject substituted for a moral or spiritual truth)

Ænigma (or, Enigma: i.e., A Dark Saying, A truth expressed in obscure language)

Polyonymia (or, Many Names, An application of Enigma to the names of persons or places)

Gnome (or quotation, There are 3 groupings with a total of 11 subject types)

Amphibologia (or, Double Meaning, A word or phase susceptible of two interpretations)

Eironeia (or, Irony, The expression of thought in a form that conveys its opposite. There are 3 groupings and 5 types)

Oxymoron (or, Wise-folly, A wise saying that seems foolish [Acutifatuum])

Idioma (or, Idiom, The peculiar usage of words and phrases [Idiotismos] There are 11 types)

Anthropopatheia (or, Condescension, There are 3 groupings with a total of 12 types)

Association (or, Inclusion, When the writer or speaker associates himself with those whom he address)

Apostrophe (A turning aside from the direct subject-matter to address others [Prosphonesis, Aversio] There are 4 groupings with a total of 5 types)

Metabasis (or, Transition, a passing from subject to another [Transitio, Interfactio])

Epanorthosis (or, Correction, A recalling what is said, in order to correct it as by an after-thought [Diorthosis, Epidorthosis, Metanœa, Correctio] There are 3 types)

Amphidiorthosis (or, Double Correction, A setting both hearer and speaker right by a correction which acts both ways)

Clarification
So that there may be no misunderstanding concerning what has been mistakenly called in the past allegorical or spiritual interpretation (in reality it is man-based manipulation which is subjective, mystical and has no basis for acceptance) and figures of speech, the following history has been included.

He was completely dedicated to the allegorical method of interpretation like his mentor, Clement of Alexandria. Origen spiritualized virtually every Christian doctrine. Under Origen’s influence, the blessed hope of the Christian apologists—belief in Christ’s imminent return to establish His kingdom—began to yield to the spiritual hermeneutics of Alexandria.

Origen maintained a theoretical threefold understanding of the meaning of Scripture: the literal, typological, and spiritual that supposedly corresponded to the threefold human nature—body, soul, and spirit.

In practice, however, he most frequently made a distinction between the literal and the spiritual method of interpretation of Scripture(e.g., De princ. 1.3.3).

The literal method, which Origen considered crude and unreliable, was allowed to the weak of intellect, the mass of Christians in general. The spiritual method, extolled by Origen, was reserved for a few like himself on whom the grace of the Holy Spirit is bestowed in the word of wisdom and knowledge (De princ. Preface, para. 8).

Origen’s method of exegesis (of defining; or literally exegesis means: “A critical explanation or interpretation of a text”) was so subjective that it allowed for an almost infinite number of symbolic meanings and interpretations of the Biblical text, most of which bore little resemblance to the plain meaning of the words.

Mystical theological speculation was typical of Origen’s eschatology. For example, according to his doctrine of the apokatastasis (restoration of everything in the universe to its original, spiritual, primeval state), there will be no hell or eternal punishment.

Rather, the Logos (Jesus’ eternal reference) will purify every living being, presumably even demons and Satan himself. Then Christ can return and raise all people, but in spiritual bodies only (De princ. 1.6.1-3; 3.4-6).

As for the meaning of the Second Coming, Origen explained away the gospel references to a literal, visible return of Christ and substituted a completely spiritualized interpretation (De princ. 2.11.2).

In essence, Origen taught that Christ’s return signifies His disclosure of Himself and His deity to all humanity in such a way that all might partake of His glory to the degree that each individual’s actions warrant (Comm. On Matt. 12.30).

In effect, Origen took the catalytic event of the prophetic calendar and reduced it to a kind of general, mystical encounter [that was only in the past, no future hope] with Christ(42).

Origen’s allegorical interpretations, including his views on Bible prophecy, gained wide acceptance in the church of his day.

His influence, followed by Constantine’s acceptance of Christianity and Augustine’s (a follower of Origen) teaching in the fourth century, are usually cited as the principal causes of premillennialism’s eventual replacement by Amillennial eschatology.

Though he was broken by the persecution under Decius in 250 and died a few years later at the age of sixty-nine, Origen’s exegesis still colors prophetic expectation in modern times(43).

Conclusion
When Martin Luther nailed his 95 theses to the door of Wittenberg Hall (which had already started to change due to Huss, Wycliffe, and Knox), the world became a different place. For a thousand years the Roman Catholic (world) church had so corrupted the public reading of God’s Word (by reiterating the Scripture in Latin to non-Latin or unlearned people’s, and taught the traditions of men [Catholic canon] as the law of God), that when the masses finally could read the Holy Scriptures for themselves, they also had to learn how to interpret their Bibles.

The Catholic Church had so emasculated the Word of God; that learning to take God at His word was unheard of.

Though Martin Luther was still an Amillennialist, He had changed from an Allegorical interpretation to a literal one.

He believed that the Bible was not only inerrant; but that God met what He said.

For the first 350 years of the Church, the Bible was only interpreted literally, unless the text left obvious hints that figures of speech were present.

Now as Christ draws near His Church is again coming to have a full understanding of the endless treasure the Holy Spirit has engineered into God’s glorious Word.

42.In addition, Origen misguided application of Matthew 19:12 to himself wherein he emasculated himself, which he later regretted. This may help in understanding why he was so against literally interpreting the Bible.  Later, as a prolific writer based in Caesarea, in his book De Principiis, systematically laid out Christian doctrine in terms of Hellenic thinking and set the most subsequent theological thought for many years. His numerous sermons and commentaries, however, tragically also established an extreme pattern of allegorizing Scripture, which was to strongly influence Augustine in subsequent years.
43. Larry V. Crutchfield, Dictionary of PREMILLENNIAL THEOLOGY, Mal Couch General Editor, Kregel Publications, Grand Rapids, MI, 1996, page 289.