SIGNS OF A CHRISTIAN CULT 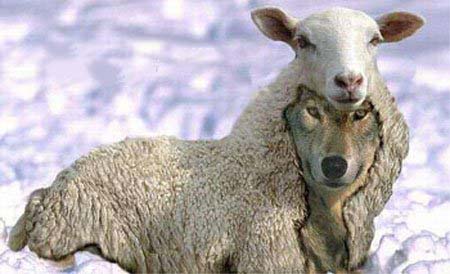 Introduction
Recently I was involved in any situation concerning a very close family member that had joined an organization that according to many Internet sources was a cult.

It was due to the love I have for this person that I invested a small amount of time into defining what the warning signs of a Christian cult were which also involved defining characteristics of a dysfunctional church.

The difference between the two is that the Christian cults, rather directly acknowledged or known by its leadership are Satanic; yet concerning a dysfunctional church, spiritual maturity may be the main problem; however if left unaddressed the dysfunctional church will evolve into a heretical cult.

It is amazing to me how many of what some once thought to be Orthodox organizations, movements, and denominations which 20 or 30 years ago I was aware were sliding down this road as unchristian at the least, and Antichrist at its worst; which today prove up those prior insights were correct.

It is the casualty of the track layer whose 1 percent off, where the frog and the boiling water syndrome, and a lack of in-depth biblical teaching leaves from what once appeared to be a Christian movement, to what is now recognized as a Christian cult.

A cult, which is correctly termed as a Christian cult; is an organization that claims to be Christian, yet does not teach Orthodox doctrine leading unto salvation, and accepted Biblical exegesis (the term occult refers to an openly anti-Christian satanic / daemonic organization).

In the simpler days the main groups of Christian cults were: Mormons, Jehovah’s Witness, and Church of Scientology; however currently it is unfortunate that the list has expanded way beyond the scope and time necessary to list them in this short essay.

The following list is what I came up with off the top of my head.

If anyone can think of any others signs or characteristics of a Christian cult, please leave them in the comments section.

It is unfortunate that this is an area that we must all stay up to-date on and aware of concerning our loved ones as Satan attempts through any and every opportunity to either divert the believer who is young or immature into ineffectiveness, sabotage the believer who is growing, or derail the older believer who is not well grounded in doctrine.

Structure
Progressive Isolation – Rather Direct or Indirect – the “We Are the Only Ones” Attitude is Displayed.

Communal Structure in Order to Control Individuals – Communal Living is Not Taught in the Bible.

A Lack of Individualism – Group Centered Is the Mantra – Though Person Centered is the Structure.

The Value of the Individual is Only Found in the Group – Self-Loathing is Emphasized, Directly or Indirectly.

Guilt and Shame are Reinforced – Shame of Who the Person is – Guilt for Fill in the Shame.

A Lack Autonomy – Not Free to Leave the Group – Everyone Else is Wrong.

Attempt to Isolate from Others – Rather Directly or Indirectly Especially Family or Friends.

Leadership
These Groups Are Only Leader Based – Leader Centered – Not Christ Centered.

Authority Seated in the Leader – As Opposed to Jesus Christ or the Word of God.

Leaders May Be Paranoid, Angry, Dictatorial, and Rigid (Though Not Necessary as Manipulation Takes Many Forms).

Patriarchal or Matriarchal – Centered on a Person (the Maypole Experience), Rather Than Centered on the person of Jesus Christ (watch how they use His name, is Jesus simply a prop to support what they say).

Dominant Dictatorial Leadership is Practiced – As Opposed to Jesus Type of Servitude.

The Leader is the Father and Knows Best – and is Not to be Questioned – Leadership is Abused.

Leaders Can Justify Their Own Behaviors – Those Same Behaviors Are Condemned in Others.

Rigid Structure – A pyramid structure to leadership – where the leader is the capstone.

Questions Are Considered a Lack of Faith – Blind Obedience is Viewed as Loyalty.

Doctrine
The Bible is Not the Rule or standard – The Interpretation of the Leader is the Basis for Teaching.

Minimal Listing of Scriptures Reference – The Teachings Are More like Talks than Expositional Presentations.

God and the Bible never function in accordance with words such as: almost, nearly, sometimes, roughly, just about, occasionally.

When the Bible speaks of prophecy, it is exact; when God speaks His Will, it is specific; when man is given directions, they are precise.

False teachers need room to move around in order to distort the Word of God to say what they wanted it to say, this mandates hazy terminology and ambiguity.

The normal understanding of Biblical words are distorted or changed; or a special spiritual translation is implied directly or indirectly.

It is paramount to Satan’s deception to change the meaning of words.

This also includes false teachers stating that what God’s Word says is figurative – not literal.

There are “Figures of Speech” (which are specific terms and expressions readily identified) wherein the text identifies one of the 218 different figures that are being used for emphasis sake.

“Figures of Speech” never disavow the literal meaning, and are only used to give precision to the literal, never making what is literal – figurative.

“Figures of Speech” are always used for emphasis and clarity, never to change the meaning of a word to the opposite of what it is used (please see our essay on: “Rhetorical Figures of Speech ”).

God
The Term God, Which is Simply a Title for Deity is Mainly Used – As Opposed to the Name of Jesus Christ.

The Name Jesus is Spoken Minimally – Used As a Mantra – His Words Are Not Taught in Depth.

The Bible is Simply a Tool Where Versus are References for Talks, Rather Than Biblical Teaching with Multiple Versus used to link together biblical doctrines.

God and the Bible Are used as Props – Rather Than the Center of Attention.

Your insights are appreciated.  bb

Like Loading...
Tags: Christian cult, cults, False Leaders, False teachers, Leader Centered, Not Christ Centered, Ritualistic, Signs of a Christian Cult, The Bible is Not the Rule or standard, The Name Jesus is Spoken Minimally, we are the only ones

← God’s Perspective vs. Man’s
Dying to Self – Part 3 – Understanding and Application – Enabling Dying to Self.* →