The Rapture and the Second Coming, 2 Events or 1 ~ Compare & Contrast 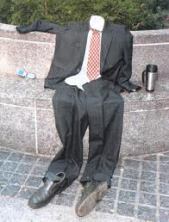 Regarding the Second Coming, the inconsistencies concerning a single event are staggering, therefore, by necessity there must be two separate events, with the only answer being the Rapture as one, and the Second Coming of Jesus Christ as the other.

One of the arguments of the opponents to the idea of the Rapture is that Jesus Christ comes to earth twice, not 3 times.

However, this ignores the fact that according to the Rapture point of view, Christ only comes to earth twice, once for His First Coming, in which He died for the sins of mankind, and the Second Coming to take possession of that which he died for the first time He came to earth as Jesus Christ.

Yet, between these two events, Jesus comes NOT to the earth, but “in the clouds, to meet the Lord in the air,” in order that the Lord may receive those that are His own, the church as stated in 1 Thessalonians 4:13-18, which states:

“But I would not have you to be ignorant, brethren, concerning them which are asleep, that ye sorrow not, even as others which have no hope  For if we believe that Jesus died and rose again, even so them also which sleep in Jesus will God bring with him.  For this we say unto you by the word of the Lord, that we which are alive and remain unto the coming of the Lord shall not prevent them which are asleep.  For the Lord himself shall descend from heaven with a shout, with the voice of the archangel, and with the trump of God: and the dead in Christ shall rise first: Then we which are alive and remain shall be caught up together with them in the clouds, to meet the Lord in the air: and so shall we ever be with the Lord.  Wherefore comfort one another with these words.”

Jesus was ordained to come to the earth two times, referred to as the First and Second Coming.

The Rapture is where Christ comes in the clouds and does not touch the earth (1 Thess. 4:17), in His Second coming is where His feet touches upon the mount of all the Valley splits (Zec. 14:1-4).

In fact, it will be seven years after this that He returns to fulfill His role as the Captain of the Lord’s host  (Translated in the English: “Captain” is a Hebrew term unlike our American understanding. The Hebrew word here, sar means the highest leader. Which is the same term Jesus used when He met with Joshua and demanded worship [Joshua 5:14-15], and again using the same phrase from the burning bush with Moses concerning how the ground being holy because of His presence as God [Exodus 3:5].  No angel of the Lord accepts worship – except for one – and he sacrificed his place with God and became the prince of the power of the air until the day he shall be destroyed – his name was changed to Satan) to destroy the enemies of Israel, saving them; and starting His millennial reign on earth from Jerusalem.

It is in considering the whole plan of God that salvation came from the Jew (John 4:22), yet the Jews refused their Messiah, and according to Romans 11:25 were temporarily placed in the penalty box, while God (who in His foreknowledge, God knew Israel would reject Christ) took the gospel to the whole world – the Gentiles, which is known as the church.

“For I would not, brethren, that ye should be ignorant of this mystery, lest ye should be wise in your own conceits; that blindness in part is happened to Israel, until the fulness of the Gentiles be come in.”

The Greek word used here “fulness,” is a mathematical term meaning that when the last one, in this case when the last Gentile arrives, (The church is Gentile, a mix of Jew and everyone else) then the blindness of Israel will depart.

This explains why from the fourth chapter of Revelation on the idioms are Jewish, the terminology and the typology is Jewish as well.

It has been wisely said that in order to understand the book of Revelation you must know all of the Old Testament, because there are 800 allusions (allusions are indirect references, such as partial word combinations of a Scriptural passage which are known to the hearers.  An example would be if I were speaking to a Christian and said: “In the beginning God,” or “we are saved by grace,” they would know I was referring to Genesis 1:1 and Ephesians 2:8) to Old Testament passages found within the hundreds of verses of the book of Revelation.

As recorded in the book of Daniel, the church (which is a mystery that Paul speaks about in Eph. 3:2-10; 5;32; Col. 1:18-26), is a parentheses in time of God’s dealings with Israel, and when Israel’s blindness stops (Romans 11:25), with them regaining their sight concerning Jesus as their Savior and God, the clock starts up again.

“In that day shall the LORD defend the inhabitants of Jerusalem; and he that is feeble among them at that day shall be as David; and the house of David shall be as God, as the angel of the LORD before them. And it shall come to pass in that day, that I will seek to destroy all the nations that come against Jerusalem. And I will pour upon the house of David, and upon the inhabitants of Jerusalem, the spirit of grace and of supplications: and they shall look upon me whom they have pierced, and they shall mourn for him, as one mourneth for his only son, and shall be in bitterness for him, as one that is in bitterness for his firstborn.”

“Therefore my people shall know my name: [it is Jesus!] therefore they shall know in that day that I am he that doth speak: behold, it is I.”

“O Jerusalem, Jerusalem, thou that killest the prophets, and stonest them which are sent unto thee, how often would I have gathered thy children together, even as a hen gathereth her chickens under her wings, and ye would not! Behold, your house is left unto you desolate. For I say unto you, Ye shall not see me henceforth, till ye shall say, Blessed is he that cometh in the name of the Lord.”

“I will go and return to my place, till they acknowledge their offence, and seek my face: in their affliction they will seek me early.”

The Book of Daniel

Romans 11:25 is the fulfillment of Daniel’s prophecy concerning the 70 weeks of time dealing with Israel, wherein there is a week (7 years) pause (A parenthesis) between the 69th and 70th week which has lasted now 2000 years between the time of Jesus presenting Himself as the Messiah (the triumphal entry), and our current time.

This parenthesis has no prophecies concerning its length, yet we know that when the blindness of Israel stops, it is referred to as the “fullness of the Gentiles” as seen in Romans 11:25, which states:

“For I would not, brethren, that ye should be ignorant of this mystery, lest ye should be wise in your own conceits; that blindness in part is happened to Israel, until the fulness of the Gentiles be come in.”

The fulness of the Gentiles is is not to be confused with the “time of the Gentiles,” which will last until the gentiles no longer control Jerusalem as found in Luke 21:24.

Some may say that the  “time of the Gentiles,” is complete because of the 7 day war of 1967, when Israel again regained control of Jerusalem.

But the question becomes where is the temple then?  It does not exist because the Islamist control the temple mount where the mosque, the doom of the rock is located.  Also Israel does not have full control of Israel – the Palestinians have the Gaza Strip and West bank either.

The  “time of the Gentiles,” is the time is from when Nebuchadnezzar’s occupation began until the Second coming when Jesus conquers the Gentiles, and Jerusalem is fully controlled by Israel – The Gentiles are not in control!

The “fullness of the gentiles” is when the clock of God’s timepiece concerning Israel starts up again, the 70th week starting at this point, also referred as the Great Tribulation.

This 70th week, this 70th seven-year period which is commonly referred to as the tribulation which Jesus referred to in Matthew chapter 24: is a reference to Daniel’s prophecy is recorded in Daniel 9:24-27.

We must always remember that the church was a mystery hidden from the Old Testament believers according to Ephesians 1:9-13, and Ephesians 3:1-6.

The following would be examples of inconsistencies if there is no Rapture and only the Second Coming of Christ, and therefore by compare and contrast, there must be another event – the only choice is the Rapture of the church.

The following Scriptures display the differences between the Rapture & the Second Coming:

*After Jesus’ resurrection He is only seen by loving eyes, and touched by the loving hands.

The next time that Jesus is seen by un-saved men, He is a man of war, the Captain of the Lord’s host: bringing judgment upon the earth against those that seek to destroy Israel.

Thanks to:
E.M. Bullinger (The originator of much of the above), Missler, Stedman, & Pink.