It It Finished ~ Paid In Full

Introduction
The following is a presentation that I have been doing for over 20 years, yet am never tire of hearing these words myself.

While on the cross Jesus made seven statements, the last thing He said is recorded in John 19:30, which states:

“So when Jesus had received the sour wine, He said, “It is finished!”  And bowing His head, He gave up His spirit.”1

The last thing Jesus said before His death has been quoted many times, however most of the time without a full understanding of its meaning.  While true He did say, “it is finished,” (tetélestai) this transliteration is incomplete at best, and at inadequate at worst.

The Greek word tetélestai is not a singular word, but is actually a phrase in the English commonly translated, “it is finished.” Generally (connotatively) speaking, this translation is adequate, yet specifically (denotatively) this rendering in the English is incomplete. 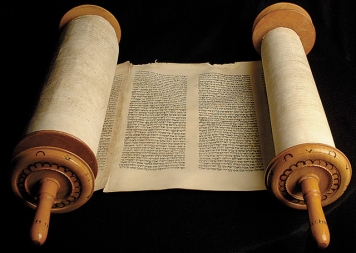 Other translations render Tetélestai, either, “accomplished” or “completed,” which are closer to the true meaning, in that both these English words do indicate a more than simply finishing of an act, that of the complete fulfillment of the purpose.

Resent archeological digs have shed much light on our understanding of the word Tetélestai. The first indication that there is a fuller meaning to this word was found in box in Israel, it held a property deed that had Tetélestai written across it, proving that the deed holder had paid for the land. After this find, archeologist started noticing Tetélestaiused in accounting parchments and codices, as a conclusion rendering that accounts were “paid in full.”

It has come to light during the last few years that this term was a common expression used at the time of Jesus.

If a worker had completed an assignment he would report back to his master, who would pay and state: tetélestai. When an artist or writer had completed painting or manuscript, it was said that they had tetélestai.  If the agreed-upon price of a piece of land was paid and the transaction was completed, a deed of trust was witnessed by both parties with tetélestai written from corner to corner.

The Hebrews did not incarcerate individuals for violations of the law (a violation of any of the 10 Commandments was death by stoning); it was the Romans that understood the value of incarceration as a deterrent. When an individual convicted of a crime had served their “debt to society” (the same as: The “ordinance of debt” ~ Col. 2:14), the Romans would give them the written court document of their conviction, their “debt to society,” with tetélestai written from corner to corner in order to prove that they hadn’t escaped, but had paid the price for their crime.

Concerning the Greek grammar of the word
In the Greek, the word tetélestai, literally means: “paid in full”, with the grammar breaking down as:

Perfect Tense:The Action is Completed in the Past (Results in the Present)
The perfect tense in Greek describes an action which is viewed as having been completed in the past, once and for all, not needing to be repeated, while having ramifications in the present. Jesus’ last cry from the cross, tetélestai (“It is finished“) is a good example of the perfect tense used in this sense, namely “It [the atonement] has been accomplished, completely, once and for all time.”

Number: Singular (Applies to a specific person)
Meaning that salvation applies to the person that meets the conditions of being a believer, having exercised faith.

To Conclude
Four days before Passover, the same day that Jesus presented himself as the Messiah, commonly referred to as the “triumphant entry,” the priest would examine all of the lambs that would be offered for the individual families to guarantee they were without spot (Outward imperfection ~ received after birth) or blemish (inward imperfection ~ tainted blood line), if the animal was validated for sacrifice the priest would say, tetélestai. All of these transactions and situations were “finished,” yet more specifically they were completed wholly, 100%, without exception.

Specifically, tetélestai has always been understood to more fully mean “paid in full.” When Jesus gave Himself on the cross, He fully met the righteous demands of a Holy law; Christ paid our debt in full. None of the Old Testament sacrifices could take away sins; their blood only covered sin temporarily. 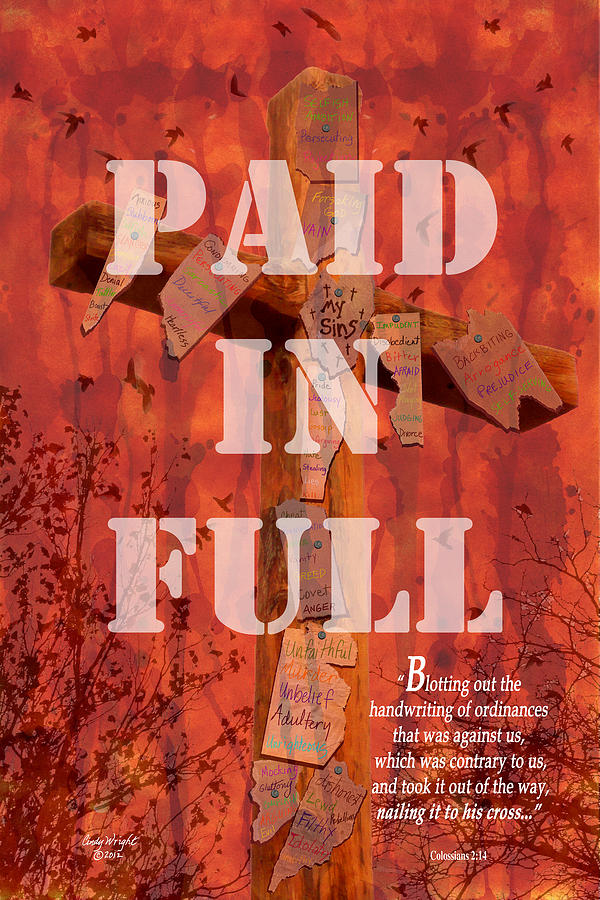 But the Lamb of God shed His blood to pay in full for our redemption (Joh. 1:29), and His blood alone could takeaway the sins of the world completely and permanently, as the word tetélestai means (Heb. 9:24-28), Jesus “paid in full” the price of our salvation.  This is why Paul stated in 1 Corinthians 15:13-14: “

“But if there be no resurrection of the dead, then is Christ not risen: And if Christ be not risen, then is our preaching vain, and your faith is also vain.”

This is why this word, tetélestai is one of the most important words to the child of God in that it is Jesus Christ last words in which He proclaimed that He would pay for the sins of the world, and that He paid the full price for those sins completely.

Salvation is a sovereign act of God,2 there is nothing that a person can do to make void their own salvation; Jesus did it all.

He paid the price in full.

2. SALVATION DEPENDS UPON GOD THE FATHER

OTHER INSIGHTS IN CONSIDERING ETERNAL SECURITY

Sealed (Greek: sphragizo).  Believers are sealed by the Holy Spirit – Ephesians 1:13; 4:30.  The word means: “to set a seal of protection & ownership.” It was used concerning setting the seal of Christ’s tomb (Matthew 27:66), and used for ‘setting boundary markers”. A broken seal indicated that the protection was not adequate. The believer is sealed and it is impossible to be unseal, or break God’s seal (even by the person who is sealed themselves). The same word was used concerning the law for the Kings of Medo-Persians, in which the King could not break His own seal (Esther 8:8; Daniel 6:12).

Ernest (Greek: arrabon).  The sealing of the Holy Spirit in the life of the believer is a pledge from God that He would never break – 2nd Corinthians 1:22.  The word Ernest literally means: “pledge”, “a legal concept in which a first installment, which secures a legal claim prior to consummation is made,” “a down payment,” “evidence of good faith” (Gen. 38:17). The indwelling of the Holy Spirit is God’s pledge, as a down payment “first fruits” of God’s sealing of salvation according to the adoption (Romans 8:23),

Adoption (Greek: uihothesia).  As found in Ephesians 1:5; Galatians 4:5.  According to Roman & Hebrew law, adoption was a legal procedure that could not be undone, under no circumstance, could it be reversed (Ephesians 1:4-6)

Sons of God (Greek: teknon theos), This Greek term, as found in John 1:12; Romans 8:19; Galatians 4:1-7; Galatians 4:6; Philippians 2:15; is a term that is used for born-again believers.  It was first used in the Old Testament and the book of Job concerning angels; it is a term that means: “something that was directly created by God.”  The Hebrew understanding of this word carries over into the Greek New Testament as this is what the word means concerning the relationship of God and the believer – it is God that directly caused the believer to become his son as a spiritual act wherein the Holy Spirit, this is what born-again means.